Meet Dr. Ethan Russo: A man dedicated to the science of plant medicine.

An interview with Dr. Ethan Russo, Chairman of Endocanna’s Health Science Board.

At Endocanna Health, cannabis is personal. It’s our life’s work. Our team is passionate about uncovering the ways that plant science can benefit the human body and revolutionize medicinal therapy.

Below, get to know Dr. Ethan Russo, a pioneer in cannabis science and the Chairman of Endocanna’s Health Science Board. He’s a leading contributor to endocannabinoid research and helps make our mission to personalize cannabis possible.

Moving away from conventional medicine.

Before Dr. Russo became a dedicated cannabis researcher, he was a pediatric and adult neurologist in Missoula, Montana. He practiced conventional medicine at a clinical practice for seven years before he became interested in plant medicine as an alternative to conventional treatments.

In the mid-nineties, Dr. Russo became interested in ethnobotany, the study of how medicinal plants can be used to treat disease. He took a trip to the rainforests of Peru to learn more about cannabis and other medicinal plants. Then, you might say, he was hooked.

After he returned from Peru, Dr. Russo said,

“I knew I wanted to shift my primary focus to medicinal plant research.”

Now, he’s been researching and studying cannabis and medicinal plants for 24 years.

But breaking into the scientific world of cannabis research wasn’t easy.

While he made his way through industry regulations and restrictions, Dr. Russo continued learning about cannabis and the endocannabinoid system. He researched, wrote, and studied cannabinoids. And, without particularly meaning to, Dr. Russo became a cannabis activist of sorts.

Since the mid-nineties, Dr. Russo has held a number of notable positions in cannabis research. He served as scientific advisor and senior medical advisor for GW Pharmaceuticals, a leading organization in plant-derived cannabinoid therapeutics. At GW Pharma, he helped conduct clinical trials that lead to the development of Sativex® and Epidiolex®, both breakthrough cannabinoid medicines used to treat epilepsy syndromes and side effects of multiple sclerosis, respectively.

Currently, Dr. Russo remains deeply dedicated to exploring the endocannabinoid system. It’s his hope (and ours) that we can continue to use cutting edge endocannabinoid research to develop new products and treatments to optimize health and wellness.

The entourage effect and the endocannabinoid deficiency theory.

Since Dr. Russo is one of the leading thinkers in cannabis research, it’s hard to count the number of ways he’s contributed to the field of cannabis study. Two of his most notable contributions are his work with Ryan Vandrey on the entourage effect and his own work developing the Endocannabinoid Deficiency Theory.

According to Dr. Russo, one of his proudest accomplishments is exploring the many properties of cannabis and cannabinoids. When we think of cannabis, we usually think of THC and CBD. But the cannabis plant makes at least 150 different chemically related cannabinoids and even more unique terpenoids, which are aromatic compounds that may have therapeutic effects. Along with his colleague Ryan Vandrey, Dr. Russo helped prove the entourage effect: that different combinations of cannabinoids and terpenoids produce distinct effects.

This discovery is profound because it suggests that unique combinations and ratios of cannabinoids and terpenes can lead to different therapeutic experiences. The key, then, to using cannabinoids safely and effectively is finding a ratio that is right for your unique needs.

Here’s what Dr. Russo says about his cannabis research:

“We know at least a fair bit about 12 [cannabinoid compounds], and each of them beyond THC and CBD have very interesting medicinal properties that really haven’t been leveraged to the full extent possible. And then we have up to 200 different terpenoids, the aromatic compounds in cannabis that act as synergists. They can either contribute to the therapeutic effects or reduce side effects, particularly associated with THC. This is a work in progress. I’ve been talking about this for 20 plus years.”

Along with his work to understand the properties of cannabinoids, Dr. Russo developed his own theory called Endocannabinoid Deficiency Theory.

“Although this is overly simplistic, in Alzheimer’s disease or dementia, we have a deficit in acetylcholine, the memory molecule in the brain. In Parkinson’s disease, we have a deficit of dopamine function, another neurotransmitter. Although, again, this is much more complicated than that, there seem to be serotonin deficiencies in depression. I theorized: What would it look like if we had deficits in the endocannabinoid system? One might expect a constellation of different symptoms, above all pain, where we didn’t expect it.”

With more research, Dr. Russo’s theory could revolutionize how we approach and treat chronic disorders.

Is your cannabis getting you too high? Use your DNA to manage THC side effects.

For Dr. Russo, cannabis is personal.

Cannabis is more than a plant or an area of research for Dr. Russo. Some of his biggest heroes and best friends are cannabis and plant pharmacology industry leaders.

Dr. Russo counts Richard Evan Schultes, a botany professor at Harvard (also known as the father of modern ethnobotany) as one of his most important influences. He was especially inspired by Dr. Schultes’s fierce dedication to plant medicine research in the Amazon Rainforest and says,

“[Dr. Schultes] was a fascinating character that probably spent 13 years in the Amazon. He had a big influence on my work.”

Rapheal Mechoulam, the father of cannabinoid studies and the discoverer of THC, has also had a big influence on Dr. Russo.

“He’s been like an uncle to me. He’s going to be 90 later this year, and he’s still working, so he’s had quite an influence.” Raphael Mechoulam is known for identifying the structure of CBD and other cannabinoids.

Lastly, Dr. Russo counts “Tip” Varro Tyler, a professor of pharmacology at Purdue, and a colleague in the Peruvian Rainforest, among his biggest heroes:

“He really took me under his wing and guided me in my early writing career on these topics. Basically, he recruited me to write a book. That book is called the Handbook of Psychotropic Herbs. He launched my publishing career and was a great role model.”

In addition to finding friends through cannabis, Dr. Russo also finds personal meaning. When we asked Dr. Russo what makes him excited to get up every morning, he said this:

“Well, it’s this work. I think I’ve mentioned it already, but in 24 years it’s never gotten old. I get saturated like anybody will, and there are times when my enthusiasm flags, but it usually doesn’t last more than 48 hours. Then there’s always something to capture the imagination and we’re off and running again. There’s always something exciting, something new to do. That’s why I’m still at it.”

Endo·dna and the future of cannabis.

Dr. Russo believes that the future of cannabis is as bright as ever. He counts Endo·dna as a leader in pioneering individualized treatment with plant medicine.

Understanding the genetic components of your endocannabinoid system is the key to optimizing your therapeutic approach to wellness.

With Endo·dna, your wellness journey doesn’t have to be a one-size-fits-all approach. You can use your genetics to get smarter about your cannabinoid therapy, and find an approach that’s tailored to your unique profile and specific needs.

To start your own journey with Endo·dna’s breakthrough DNA test, download a sample report or upload your existing DNA kit results here.

Endocanna Health is a biotechnology company committed to helping consumers find the right cannabinoid products to enhance their health and wellness. Using our breakthrough DNA test, Endo·dna, we empower you to take control of your health with access to over 55 different health reports that include suggestions for the best CBD and cannabis products that match your unique genetic code. Visit us here to find out more! 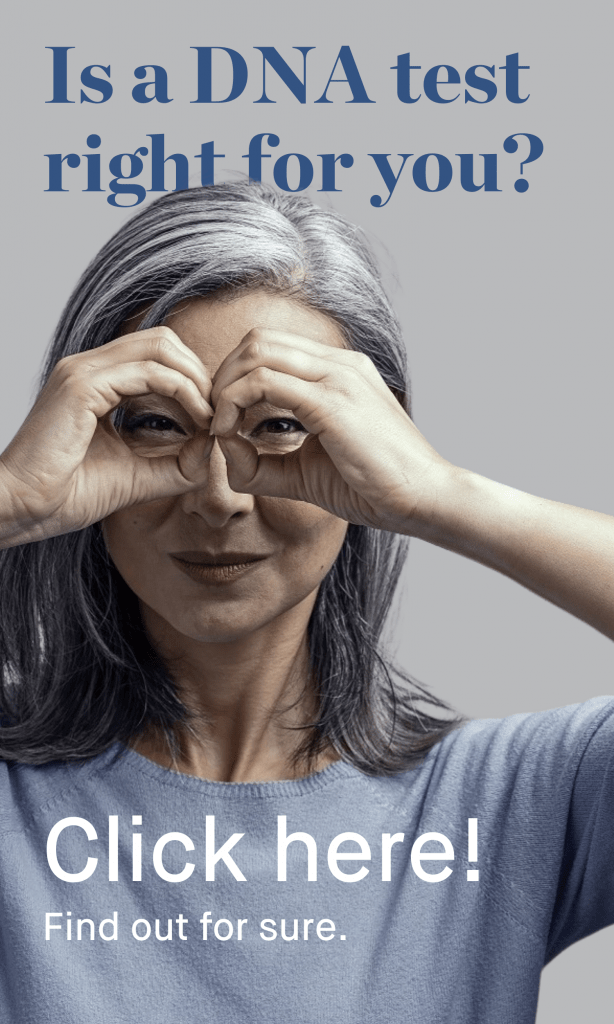 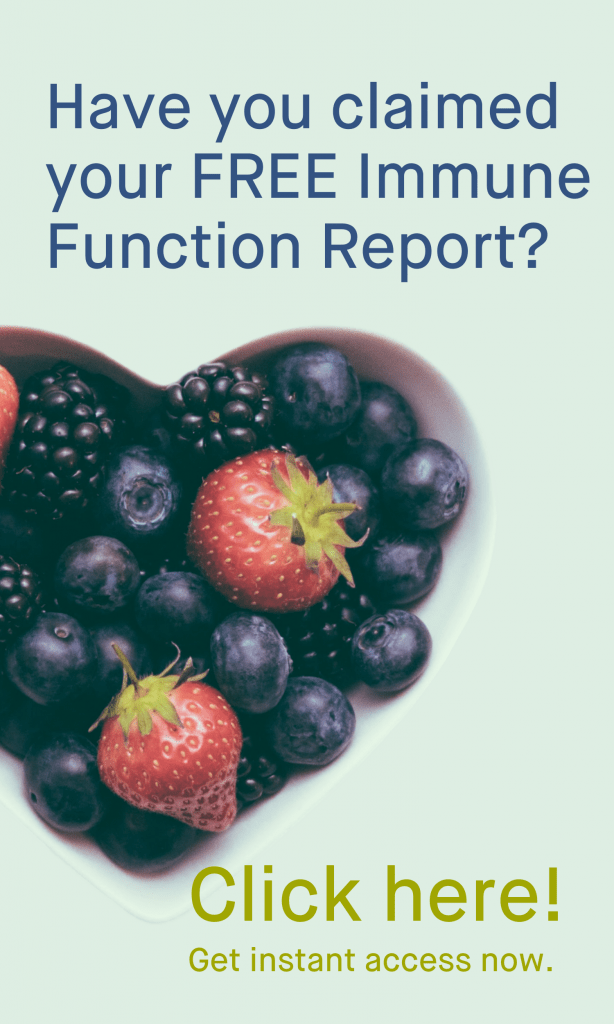